Tell us about Your passion for rpg and in particular for Collecting them. Describe Your collection

RPGs have been a part of life for over forty years. I can’t overstate how much of an influence they’ve had on me. I’ve learned so much from them and have so many great memories of times spent with friends that I can’t even think about D&D without smiling. By surrounding myself with them I’m constantly reminded of all that goodness… my library just emanates positivity!

When did you start collecting and why?

I think I was just born with an instinct to collect! It started with Star Wars toys and continued with D&D after I was introduced to it at nine years old. I had to have everything! Things slowed down during my college years as friends moved away and I found myself playing less… I still bought a lot of new products just to read but I wasn’t quite as obsessive about it. Several years later, around 1999 or so I decided that I wanted to get serious about putting together complete run of D&D products and it’s been going full speed since then.

When did You decide to start publishing pics of Your collection via instagram?
How did dnd daily develop to reach so many followers? Did You expect so much success (over 43.000 people following) and interest for old school items?

I started the Instagram account in June of 2016. In 2000 I created the popular collector’s resource website the TSR Archive (www.tsrarchive.com) but that only reaches a small portion of the D&D community. I saw very little in the way of old-school D&D products on Instagram and thought it would be a great place to share with a larger community, including many newer players who were unaware of the rich history of RPGs. My only real plan was to post one item per day, covering all editions of D&D and occasionally throwing in other RPGs as well. I honestly figured that I’d be doing well to get 200 or 300 followers. The fact that it continues to grow astounds me. I’m very grateful to everyone that’s taken a moment to hit follow!

How many years did it take to collect everything you have?

I’m at forty-one years and counting. I still have all of the books that I bought starting from 1980 on up.

talk about the most valuable piece?

Tough call! Prices can vary quite a bit on the rarer items depending on a lot of factors… I have several books that would definitely sell in the thousands. If I had to guess, it would probably be my R1 To the Aid of Falx pre-publication version. The R-series pre-pubs almost never come up for sale… I’ve seen maybe a couple in the past decade? I would expect to see at least $5,000.

Talk about the item with the  highest affective value?

That’s another tough choice. I’m certainly quite fond of my Moldvay Basic set… my very first D&D purchase! I also really like my TSR logo employee belt buckle that belonged to Dave Sutherland. Such great history.

Talk about The highest priced item you had to pay for?

I’ve really done a terrible job of keeping track of what I’ve paid for different items over the years… maybe on purpose so I don’t end up feeling bad. I don’t recall spending more than maybe $1,000 for any single item though I have spent around $3,000 on a large collection. As a teacher (a notoriously low paying job) I really do have to collect on a budget!

Talk about the most difficult piece of the collection to find and if there's a form that You got crazy looking for and couldn't find?

I can’t say that there’s one item that’s really given me fits. One thing I’ve learned over the years is that the key to collecting on a budget is patience. With a few exceptions everything comes around, often on a regular basis. That said, I do have a short list of items that I’d really like to acquire at a reasonable price: Up the Garden Path, tournament version of Ghost Tower and a decent looking woodgrain. There are also a couple of Japanese items that I need to finish off my BECMI set that continually elude me.

Do you have the infamous up the garden path in Your collection ?

I don’t, though I have bid on a couple! It’s one of the few pieces that I’m missing that I would really like to get. Unfortunately in the current market it’s unlikely that I’ll be able to find a copy in my price range.

Did You ever think about setting up a public exhibition?

Not really, but several people have jokingly suggested that I should open up a museum and charge admission. Kidding aside, I figured that Instagram was the best way to share with the largest amount of people.

If someone from TSR or WoTC has ever invited You to their premises or else did you get any sort of official acknowledgement for Your dedication to collecting old materias?

No, I’m not on their radar at all… they really only pay attention to streamers, reviewers and cosplayers. While WotC does have a certain respect for the older TSR material, that’s not really where they’re making their money, though I’m sure I have helped drive some PDF sales of older titles.

Did You ever make a complete list of your entire collection and how many pieces it is made of, and how can you take into account all the many things You have and those You lack.?

I keep track of everything in a good old-fashioned Excel spreadsheet. I’m currently at approximately 9,000 items including RPGs, gaming magazines, promos and some merchandise. Everything is color-coded so I can quickly tell what I do and don’t have. I also use my website as a quick reference, especially if I’m out at a store and see something that I might want. Since everything on the site is scanned from my collection I can compare condition and printing as well.

Did any member of Your family (wife or whomever else) object or criticize Your collecting hobby?? And in general what were the main obstacles You had to overcome to create your collection?

My dear wife has been remarkably tolerant of my collecting over the decades, though she has occasionally gotten tired of piles of boxes everywhere! For many years the biggest obstacle was space, especially after getting married and having four children. Most of my collection spent many years in climate-controlled storage waiting until I had enough room to display it. My other childhood obsession was vintage Star Wars toys, which I also collected for many years. Like D&D it grew into a massive collection that filled two and a half 10’ x 15’ storage rooms from floor to ceiling! I finally decided that I had to choose between the two and chose to let the Star Wars go, selling it off over ten years ago now. That freed up a lot of space and money to focus more of RPGs.

Have you ever met Gygax, Arneson or anyone else of the TSR alumni ?

Unfortunately, I don’t have a lot of time or money to make it to conventions on a regular basis. I did get to hang out and chat with Frank Mentzer and Jennell Jaquays at NTRPG Con several years ago.

Tell us about Your collecting plans for the future, and the ones for Your instagram page?

I’m pretty much just going to keep working toward completion. Of course I’ll keep an eye out for those few high dollar items I need but that’s not my main area of focus. For the past twenty years or so I’ve really worked on collecting and compiling information about non-US versions of D&D items. I love traveling and learning about other cultures so it’s really cool to see what the history of RPGs is like all over the world. I’ve got nearly 800 items in 16 languages including Greek, Hebrew, Japanese and, of course, Italian. 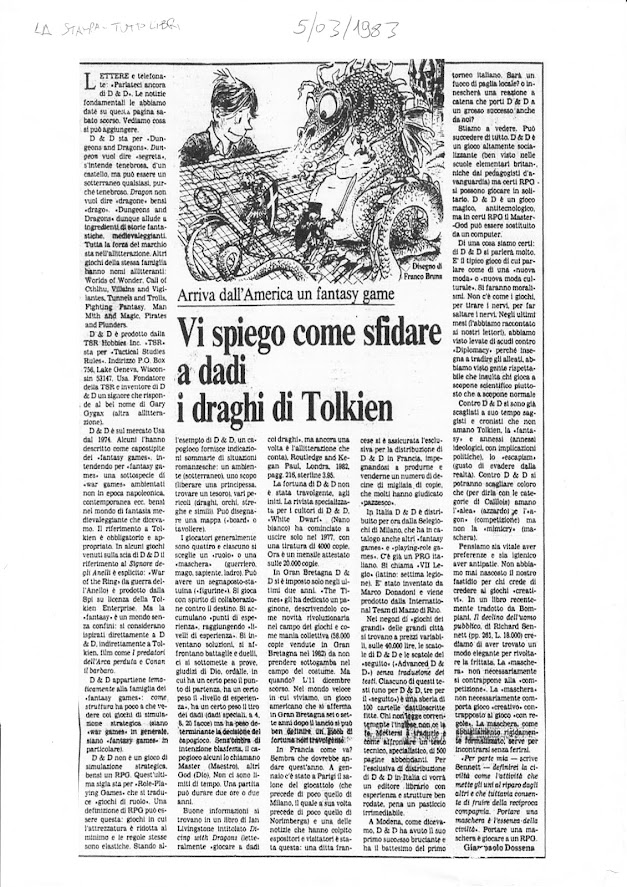 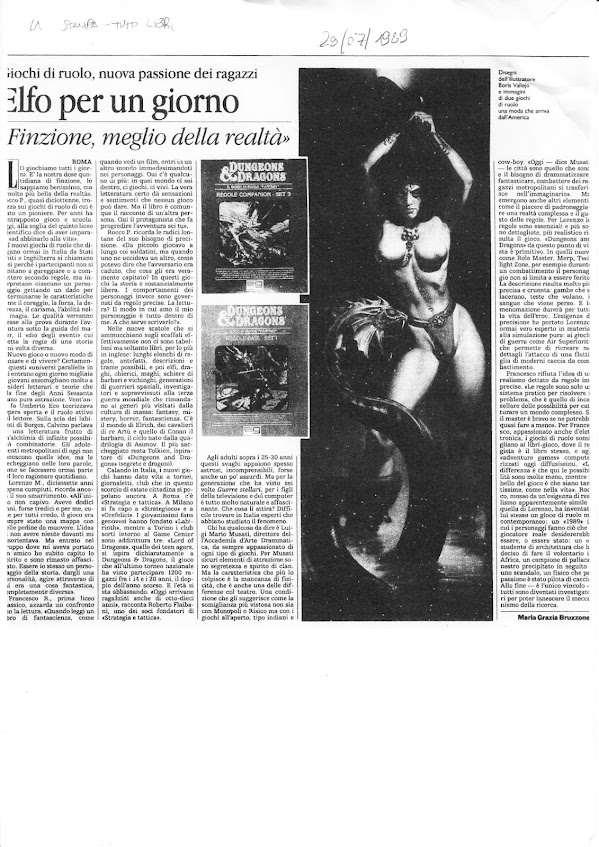